Alist Nation Magazine Nov / Dec issue A-list Nation is doing a monthly series on Women Owned Businesses. Each issue will highlight 5 woman-owned businesses. We will give you an exclusive interview with each of these inspiriting women and help you connect with their businesses. It’s time to put our money where our mouths are and support local businesses that are owned by women. Heather Cox – President www.certifymycompany.com Tell us a little about yourself and your childhood

Tell us a little about yourself and your childhood. I am the CEO and founder of The Vinetta Project, a platform that helps close the gender-based funding gap by sourcing, funding and supporting women entrepreneurs. I began my career in retail finance and private equity, and later transitioned to a top digital development agency where I consulted with Fortune 500 companies on digital innovation projects and directed startups on tech infrastructure and software builds. In 2010,

Is A Good Cry Good For You?

Shedding tears. Weeping. Wailing. The act of crying results from an emotional state which could be paid, sadness, anger, or happiness. There is a connection between the neurons and the tear duct (lacrimal gland) which comes from the current emotion. When we were babies we cried to communicate, but as adults we often try to hold back the tears. We might feel ashamed to cry or weak shedding tears in front of someone else. Statistics say that women cry 3 times a month and men at

Alist Nation Magazine October Issue 2019 Tell us about yourself. I am 11 years old. My fully name is Lilliana Belle Ketchman, but most people know me as "Lilly K." I have been dancing since I was 2 years old, and in the last few years starting acting and modeling as well. My parents are Chris and Stacey and I have an older, 14 year old brother. We also have 2 dogs...one is mine (Toby!), 2 tortoises, and a parakeet so my house is very busy! I was cast on Dance Moms when I was

Cali-country band, Holiday State have released yet another catchy summertime single, “Sun Up, Sun Down,” Since forming the band in 2014, Holiday State has had great success both on and off the stage. Earlier this summer, they released singles “Friday Feelin’” and “Steal the Thunder” After returning from touring nationally with Sammy Adams, the brothers were invited to be guest judges and featured performers at the ‘Music Changing Lives’ showcase in Riverside, Calif. In Summer

In the August Issue we interview Nicholas Coombe one of the stars in Dora And The Lost City Of Gold. Tell us a little about your childhood. I grew up in Perth, Western Australia. I spent most my childhood hanging out with friends, playing music, dancing, doing sports, going to the beach and eating vegemite sandwiches. I grew up with three sisters, so between the four of us, there was always something going on. We had a really fun family. I lived in Perth until the age of 18 a

Tell us a little about yourself and your childhood. I grew up in a Chicago suburb called Downers Grove, playing ever sport possible, but ultimately gravitating to swimming. When I was 16, I qualified for the 1988 Olympic Trials in the 100m breaststroke with the 5th fastest time in the country in my age group. I swam for Yale University and graduated in 1994 with no idea what I wanted to do next, so I gravitated to what I knew best - sports. While I waited tables and did rando

A-list Nation August Playlist / Meg Donnelly Tell us about your musical style and sound. I would describe my sound as R&B inspired and as something that everyone can dance to. I'm currently experimenting a little so that I can develop my style. It's been an amazing experience and process so far. I love creating new songs! Who were your musical influences growing up? I love all kinds of music, but my major influences are Christina Aguilera, A Tribe Called Quest, Whitney Hous

Tell us a little about yourself and your childhood. I’m a Miami native, born and raised here, which these days is very rare. My childhood dream was to be an astronaut. Fast forward to age 14, I started working as a bag girl at the world-famous Epicure Gourmet Market in Miami Beach. Looking back, this was the first job where what I call the ‘gift of gab’ allowed me to connect with the range of customers shopping at the market. This gift continues to allow me to connect and fin 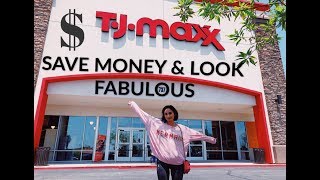 How To Shop On A Budget

Not all discount stores are created equal. Fashion Editor Jazmin Whitley (follow for fashion tips @jazminwhitley) shows you just how to get the most out of bargain shopping. These are some great tips on saving money and still looking fabulous! #backtoschool #fashion #TJMaxx #youtube #jazminwhitley #shopping #fashionedior #bargain #budget #fabulous #discountstore #wardrobe #alist #alistnation #namebrandsforless #savemoney

The Real Cover-Up: How Sunscreen Can Help Prevent Skin Cancer Dermatologist Richard Torbeck, MD with Advanced Dermatology PC, Shares Sun Protection Tips and Busts Sunscreen Myths. Skin Cancer Awareness Month officially falls in May. But staying alert year-round is essential, emphasizes skin cancer specialist Dr. Richard Torbeck of Advanced Dermatology PC: “Skin cancer is the most common cancer in the world, he notes, and with cases still on the rise, we need to do more.” New

Looking for the perfect Father's Day Gift? How about a toast to the man that showed up in every way! We love you Dad. Partida Blanco For the tequila-lover with a penchant for quality, gift Partida Tequila. Real and fresh expression of blue agave. Crystal clear appearance. Perfect harmony and balance between aromas and flavors. Wide and complex variety of herbal, earthy and citrus notes dominate. Hints of tropical fruits and vanilla but overall cooked agave, sweet potatoes, bl
12
3
45
bottom of page